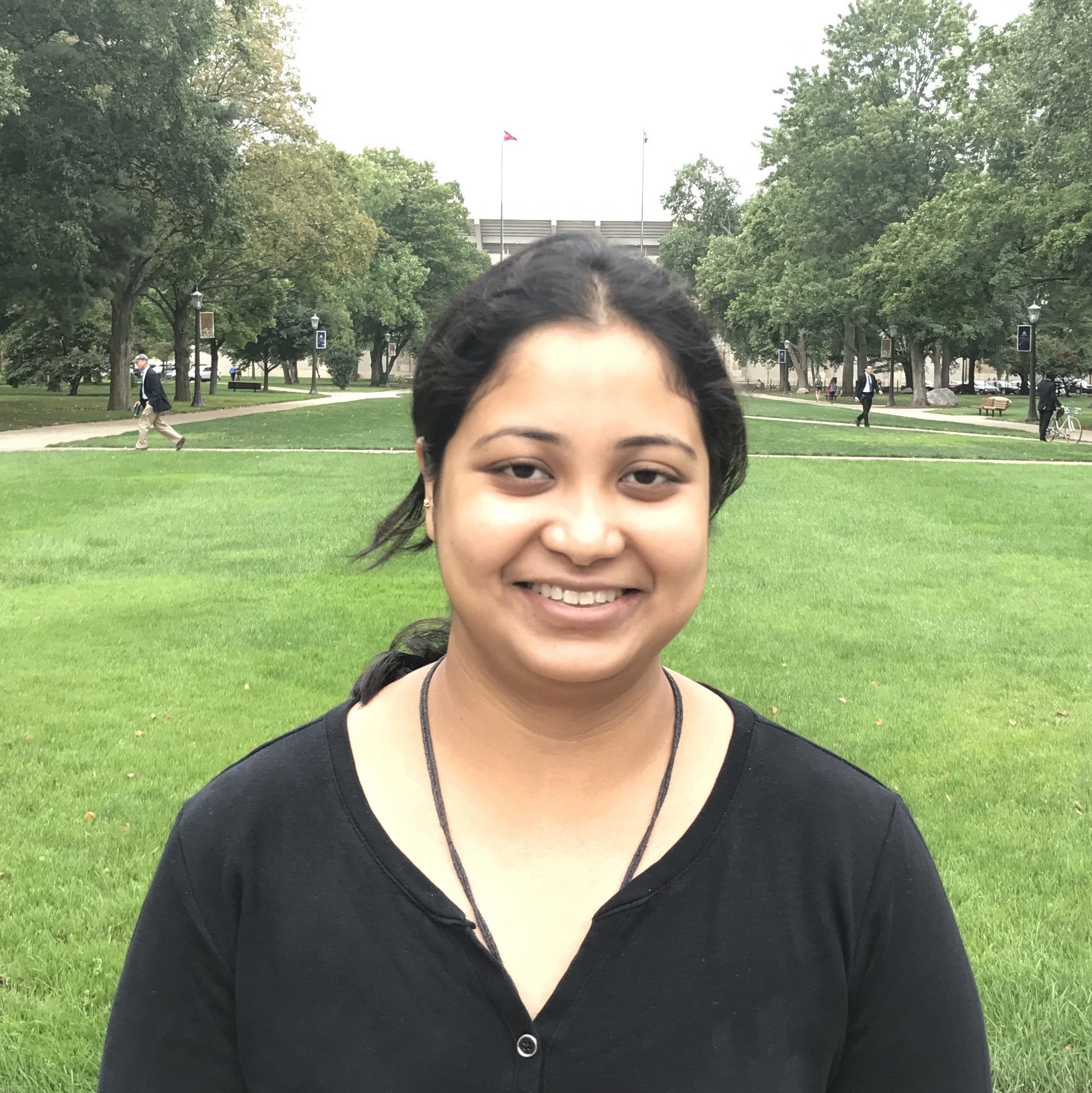 Nirupama is a third year working with Umesh Garg in the Experimental Nuclear Physics division. She uses gamma spectroscopy to study the exotic phenomena exhibited by triaxial nuclei. She is currently investigating the rare process of wobbling in triaxial nuclei in A~130 region as well as looking for different regions in the nuclear chart where triaxiality (and hence wobbling) is expected.  Nirupama came to the University of Notre Dame from India, but has never felt out of place thanks to the friendly and helpful atmosphere.  One of her most exciting accomplishments thus far includes selection for the 2017 cohort of the NSF sponsored training program Social Responsibilities of Researchers (SRR) in the Reilly Center. As a part of SRR, she will design a website  to introduce the non-science population to the basic applications of Nuclear physics.